Have you noticed the stores in the US seem to be getting smaller? It isn’t a figment of your imagination. Within the US existing stores are getting scaled back and new stores are opening with a smaller square footage. Take the grocery industry as an example, the average store size is down to 41,300 square feet from its height at 48,750 square feet in 2006. And it isn’t just grocery stores, it’s happening across the US retail landscape.

So, stores are getting smaller. But why? 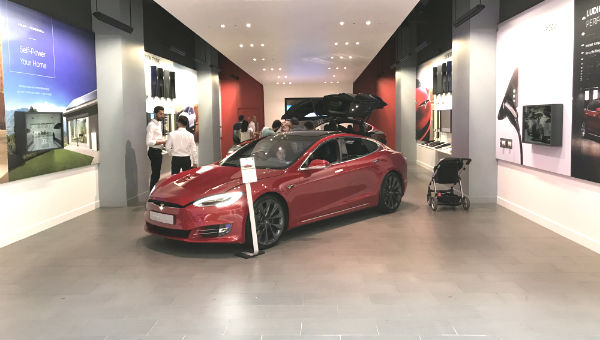 Could this Tesla store be any smaller?

Changing living habits and the availability of real estate

People are increasingly choosing to live in smaller spaces in the city rather than in sprawling suburban estates. These densely populated urban areas just don’t have the spare space for a giant department store or huge superstore to open. Similarly, the people living there are often in smaller apartments without a car. They don’t want or have the extra space to buy in bulk in the way perhaps their parents did a generation ago.

Linked to the above but actually a wider trend amongst us all, is our changing shopping habits. Gone are the days for many of us when we filled the car up to the roof with groceries once a week. With online shopping consumers are now more likely to order their staples and non-perishables online in bulk, and top up throughout the week with fresh produce. This means there is less demand for the superstore that stocks a huge quantity and variety of goods. Small stores that offer what we need means quick top-up shops throughout the week are easy to do.

Retailers now have at their disposal better tools for inventory management. Smart technology means they no longer need to hold huge amounts of stock but can better manage their deliveries and stock levels. As a result, stores do not need the huge back-store spaces they once did and shops can reduce in size.

Aldi and other discount retailers are expanding in the States and have been well received. They offer customers cheaper prices on good quality produce; Aldi’s prices have been found to be around 22% cheaper than Kroger’s for example. For retailers to compete in this ever-competitive market they need to find a way to cut costs, and reducing square footage is one way to significantly reduce a retailer’s spend. Smaller stores also require less staff bringing further cost savings.

For years retailers have been guilty of over expansion. Department stores, grocers and elsewhere across the retail industry, stores were getting ever bigger. Inevitably this bubble had to pop one day. Fast forward to today and we have seen department stores shuttering across the country. Giant retail spaces lay empty as they just don’t fit with the way modern consumers purchase products. The rise of online shopping means that shoppers can do their research and browse through an infinite array of products without leaving their couch, and when they enter a store they are already close to their final purchasing decision. 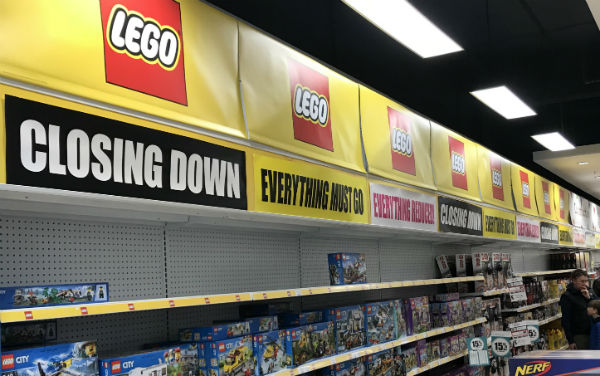 Big stores, online competition - was the end was inevitable for the big name of ToysRus?

As mentioned above, with online shopping we can now purchase whatever we want at the click of a button without leaving the house. To entice shoppers in to the store, retailers are realising they need to offer something more. Retailers that are winning the fight to retain and grow instore footfall are changing the face of retail. Products are mere commodities, they can always be found somewhere else for a cheaper price. To get customers in the store you need to offer something different. For many successful retailers in today’s market this means creating events that draw people in, as well as a retail space that focuses less on the product itself and more about creating an experience for visitors. Apple for example successfully runs workshops and customer events, Tesla stores don’t try to sell you a product, they draw you in to a concept. Stores like these don’t need to be big and stocked to the rafters, retailers are able to utilize smaller spaces and offer shoppers something more than product alone.

Less is more. But also more is more.

Stores are getting smaller it is true. But it isn’t a completely clear-cut picture. Superregional malls are also performing very well. This isn’t however contradictory to the small-size trend we are seeing elsewhere. We described above the desire for a shopping experience and this applies equally to superregional malls. They offer not only shops but a leisure destination in their own right. From restaurants to cinemas to bowling alleys to miniature golf to spas. They also often include destination stores such as Apple and Tesla we mentioned above. People visit these malls not only to shop but to spend a day enjoying themselves, doing so much more than shopping. 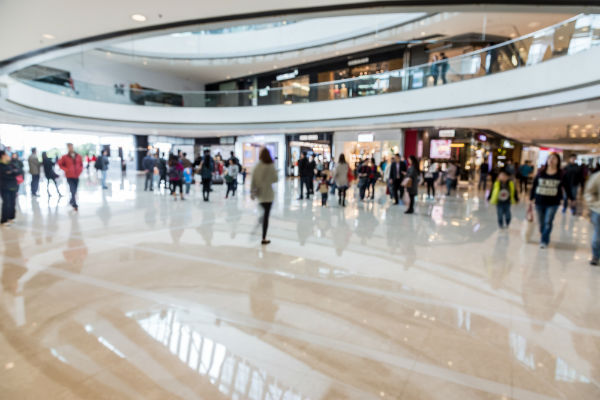 Some stores can’t cut it

Whilst the demand is there for smaller stores, for some retailers it isn’t a simple case of cutting their store size to fit the trend. Walmart for example, after trying a smaller store format, shelved its plans and went back to its larger store portfolio. Shoppers did not take to the smaller Walmart stores, so ingrained perhaps in people’s minds of what a Walmart is and should be. Saks too did not do well with their small store version. Where big name retailers open smaller stores and fail it is often because the small store is just a watered-down version of its larger store. Customers don’t feel inspired, they feel cheated. Just cutting space and offering less isn’t going to draw people in, retailers need to offer something different to succeed.

Some traditionally big retailers are managing to transition to smaller store formats with success. Kohl’s for example has an estate of 1,160 stores. They see the value in having an estate of stores across the US, yet they also realised that the size of their stores was not sustainable in today’s retail environment. Recognizing their customers desire to shop online and pick up instore has enabled Kohl’s to cut their average store size whilst keeping the range of stores across the country. By investing in inventory management technology, they are able to be more precise about the stock they hold and they have also reduced the amount of stock needed to be sold through clearance.  Target has taken a different but equally successful tack, mostly leaving alone its existing estate but in recognition of people’s desire for city-center living, has been rolling out new smaller store formats, doubling its presence near urban areas and college campuses.

There is certainly a trend for smaller stores across the US but as we have seen it is less about the size and more about what a retailer is offering the consumer that’s important. Just cutting the footprint of a store does not equal success, as many retailers have found out to their detriment.

From the smallest of stores to the mega superregional malls, what defines their success is their ability to offer customers something more, something extra. This is where a retailer’s focus should be, size alone won’t cut it.

For a retailer to find their winning formula they need to test different formats and different layouts. What do the customers respond to? Where can improvements be made? Is your signage clear or cluttered?

When you alter your store layout it is vital that your signage is unaffected. Good quality, robust and versatile, our Reflex sign holders can be moved with your shop floor changes and will stay in place, giving you the flexibility you need to try different layouts. Order a samples box today. 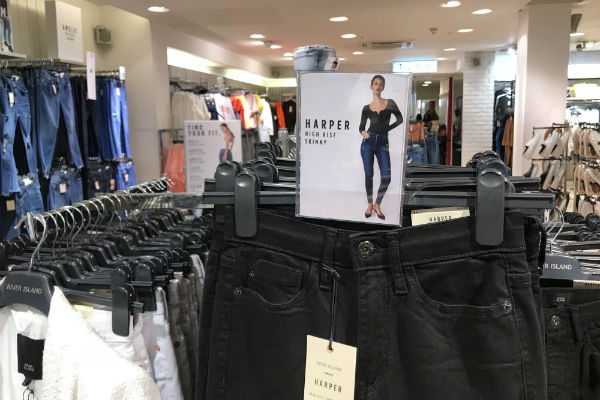 These signs can be moved around the store with ease

Get your FREE Sample Box

Simply Fill in the Form Below 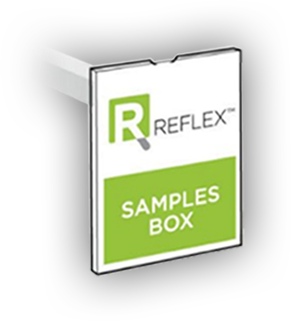 Learn How Retailers Use Reflex 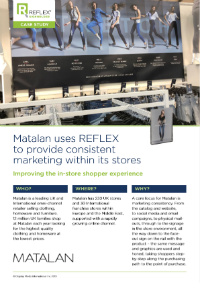 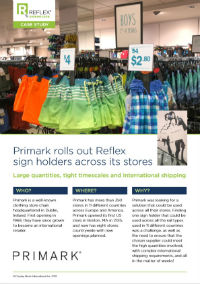 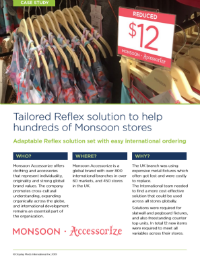 Get your FREE Sample Box now! 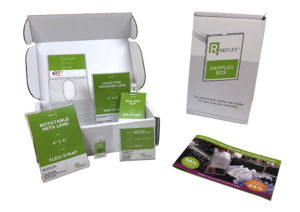 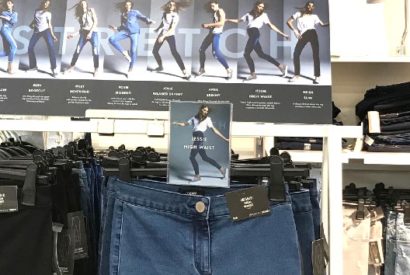 Learn from our best content... start here for advice 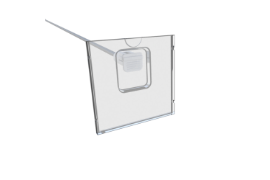 Used extensively for lingerie and children's wear due to its small dimensions. 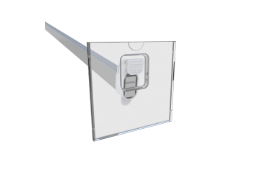 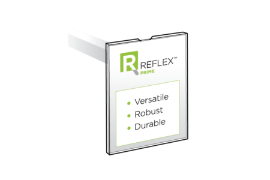 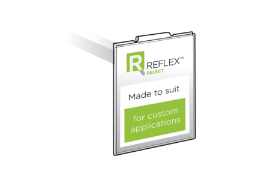 For custom applications. Choose select when specific requirements need to be met.

How to Maximize Your Sales From Your Existing Footfall

We use cookies to ensure that we give you the best experience on our website. If you continue to use this site we will assume that you are happy with it.Ok